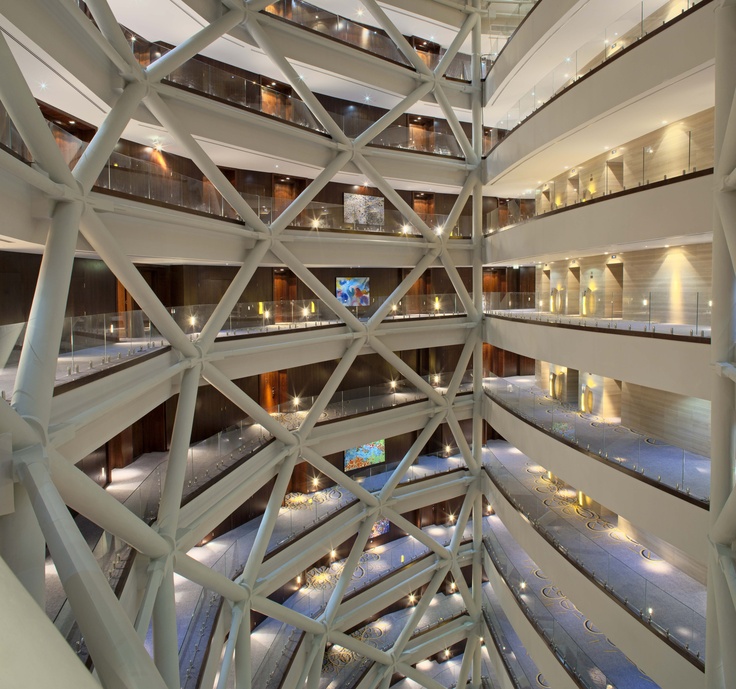 A great hotel amplifies its surroundings and is careful not to take away from what the location offers. A great design hotel adds another layer to travelling, cultivating a unique atmosphere and creating an experience from the moment of arrival. Increasingly, we’re seeing more hotels become landmarks in their own right, destinations within cities that must be seen. However, it remains important to remember the best hotels are there to serve their guests. With that in mind, below we’ll take a look at three RMJM developments that fuse great design with functionality, enhancing the natural space rather than taking something away from it. These hotels sit proudly in RMJM’s portfolio and represent the very best in modern hotel design.

Sejongro Premier Hotel
RMJM’s recently commissioned 6-star hotel development in Seoul, Korea sits in the historic downtown area and is one of the most widely discussed new projects in the capital. RMJM’s design team for the hotel was largely inspired by the context of Seoul and the surrounding site. The north mountains being the palace, the city’s traditional roof curve lines and the clay roof texture among the residential buildings all fed into the design process on this development. The Sejongro Premier Hotel will house over 300 luxury rooms, a large multi-purpose convention centre (expected to attract many major international exhibitions), a variety of corporate meeting rooms and a state-of-the-art fitness centre. The hotel will be a prominent addition to the city’s skyline, which is fast becoming one of Asia’s most recognisable. 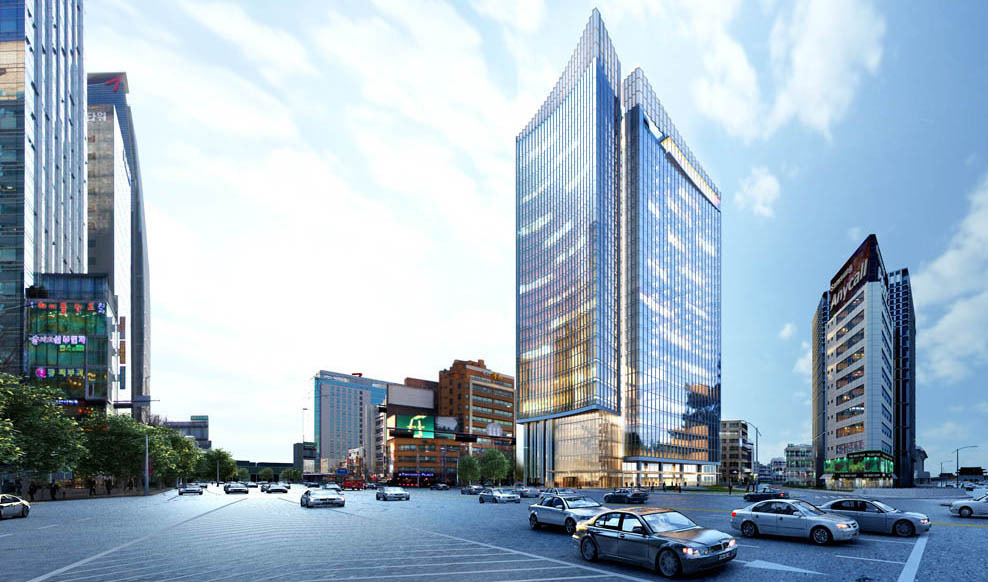 W Hotel & Residences
Situated on the Crescent of the Palm Jumeirah, the W Hotel & Residences makes use of its dramatic location like few other hotels. Currently under construction, each of the 400 hotel rooms will offer stunning vistas to the waterfront and sit perfectly within the holistic design (pictured below). There will be 75 luxury serviced apartments and penthouses adding a sense of glamour already associated with the W Hotel brand. The undulating building incorporates retail outlets and function facilities but locates these on the lower levels (mostly the ground floor) of the hotel, while the destination bar and restaurants are situated at a high level to take advantage of the dual aspect views. 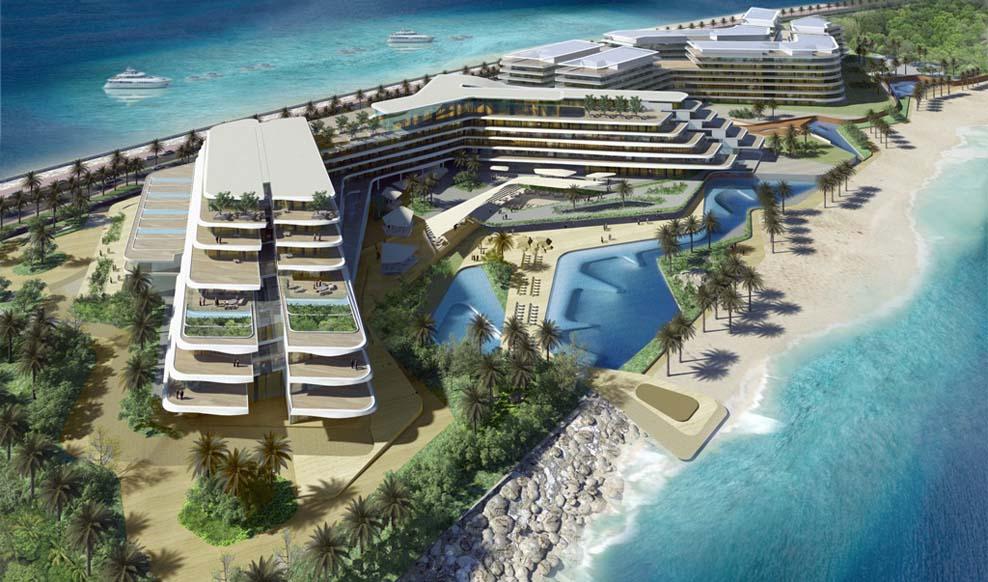 Hyatt Capital Gate
One of the world’s most iconic buildings, the world’s furtherest leaning building, and now one of the world’s craziest buildings; there are few examples of modern architecture as iconic as RMJM’s Capital Gate. Sustainability is also at its core with the building’s facade is 51% more efficient than a typical facade in restricting solar heat to the building. However, what many don’t know is that the building is also home to one of the most luxurious hotels in the Middle East. ‘The Leaning Tower of Abu Dhabi’ houses one of Hyatt’s most famous hotels from the 18th to 33rd floor and recently won the prestigious Unique Design Hotel award. However, the stunning design isn’t limited to the exterior. In fact, the exterior and interior compliment each other remarkably well. Floor-to-ceiling windows throughout the hotel draw attention to its unique setting. Overlooking Emirati palaces and the Arabian Peninsula, the Hyatt Capital Gate also offers Abu Dhabi’s only spa-in-the-sky experience making this improbably hotel one that guests will never forget visiting.