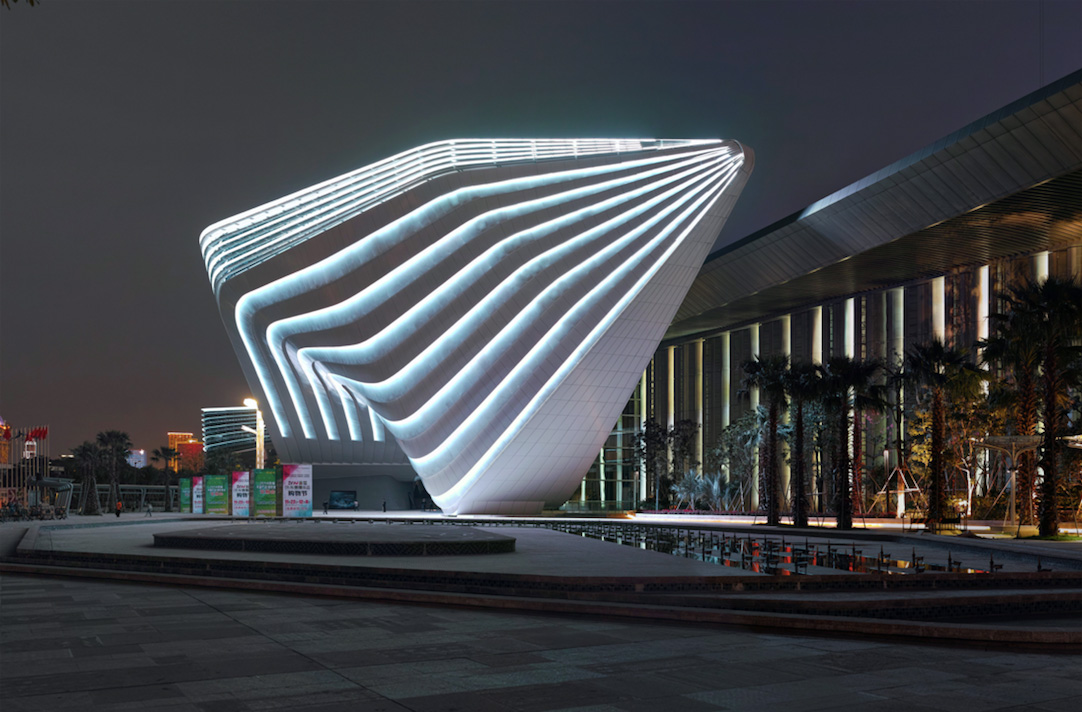 RMJM’s 21st century has been characterised by great hospitality design projects. Here we look at some of the firm’s best.

Designing great hospitality architecture isn’t solely about making something either welcoming or iconic; it is about doing both. Some of RMJM’s – and indeed the world’s – most stunning architectural projects exist to house hospitality for their users. These buildings succeed when they exceed the expectations of their operators and their guests. They can also indicate what’s next for travel, as evidenced by the location of our projects listed. Hospitality projects often are required to serve several functions but one constant is the need to leave a lasting impression. Below we look at four of RMJM’s exclusive hospitality design projects which manage to make commercial buildings both accessible, iconic and memorable.

The award-winning Capital Gate is an iconic development located on the exhibition site of the greater ADNEC masterplan. The tower is distinguished by a dramatic steel and glass facade with a striking organic form. With its cantilevered tea lounge and open-air pool deck, it provides a unique presence on the skyline of Abu Dhabi and creates a memorable identity to the exhibition centre. A sculptural stainless steel ‘splash’ flows down the front and at low-level forms the hotel entrance canopy, flowing over the existing grandstand and acting as a solar shading device for both the building and the grandstand seating. However, the stunning design isn’t limited to the exterior. In fact, the exterior and interior design compliment each other remarkably well. Floor-to-ceiling windows throughout the hotel draw attention to its unique setting. Overlooking Emirati palaces and the Arabian Peninsula, the Hyatt Capital Gate also offers Abu Dhabi’s only spa-in-the-sky experience making this hotel one that guests will never forget visiting.

The Capital Gate is, of course, now one of the world’s most instantly recognizable buildings and, suitably, has facilities to match. The building contains over 16,000 sqm² of high-quality office space as well as a breathtaking hotel on the upper floors – Abu Dhabi’s first Hyatt Hotel. The project is now widely considered a signature RMJM design and in January 2010 received global press attention when it was recognized as the world’s furthest leaning building by the Guinness Book of World Records. Among the many awards that RMJM has received for the Capital Gate, the most notable include Cityscape Awards for Best Over Project (2011) and Best Commercial/Mixed-Use Project (2011).

RMJM Dubai Principal, Neil van der Veen, explains the thinking behind the ambitious brief to deliver the most exclusive hospitality design: “I think it was more like the spirit of the time where Abu Dhabi was showing ‘we can do anything, and we can do even more than anything.’ We wanted to push the boundaries and we wanted to show the world what we are capable of. And that’s what it stands for and that’s why it has also become an icon for the city. It’s used on literature, brochures and tourist information.” 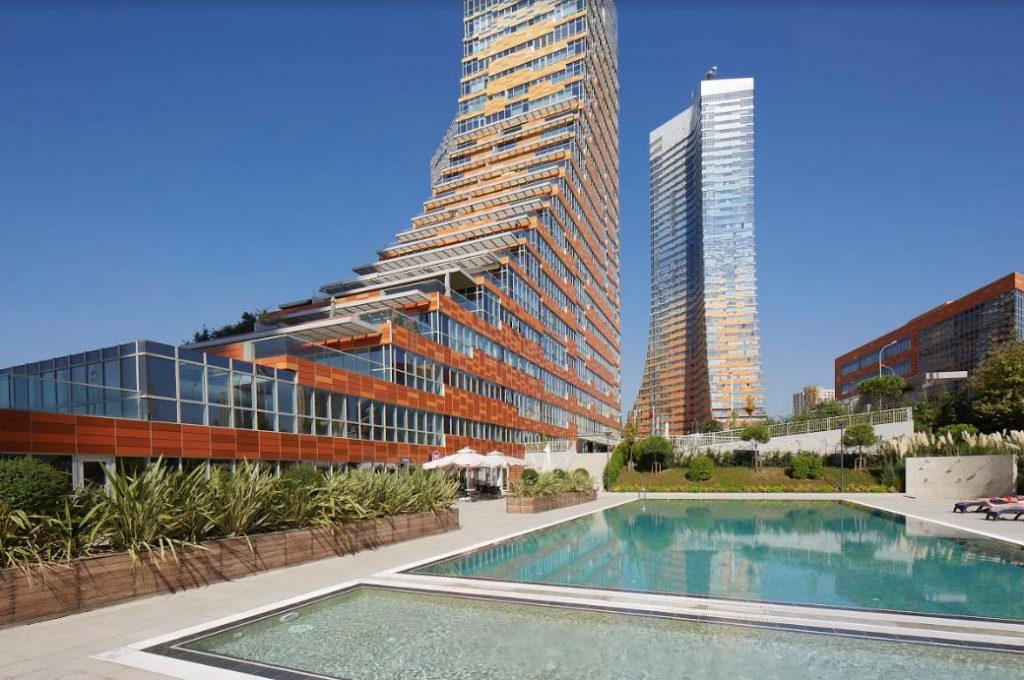 RMJM’s vision was to create an iconic, innovative and sustainable design that responds to the complex topography of the site. The masterplan was inspired by and responds to the unique context and culture of Istanbul, creating value through design excellence. The project itself is a mixed-use development covering 340,000 sqm² and boasts 1,500 residential unites, a breathtaking 300-key hotel, conference facilities, commercial office space and associated landscaped areas complete with external pools, landscaped water features, public squares and sub-grade parking.

As well as being LEED Accredited – the first building of its kind to be given that status in Turkey – the Varyap Meridian is held in high regard for more than its green credentials. Located on the Asian side of Istanbul in the Atasehir District, within the Kadikoy municipality, the development sits on an elevated plateau. This unique belvedere condition offers panoramic views of the city, the Marmara Sea and the Bosporus and befits its reputation as one of the most impressive hospitality facilities in the region. 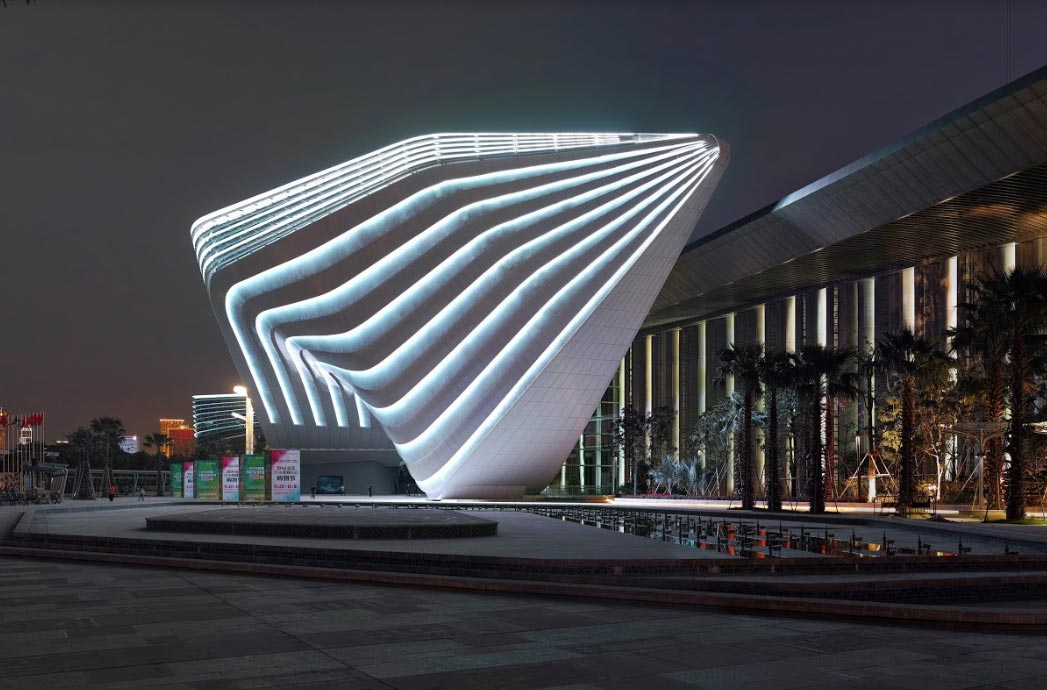 RMJM’s iconic Zhuhai Shizimen Convention and Exhibition Center is centered around a design that encapsulates the city’s unique characteristics: its relationship to the landscape, waterfront and romantic tradition. The design concept for the convention centre was driven by the “city of romance” moniker of the city, and the connection of the site to the water. As such it has been designed as a sensuous ribbon that wraps around both open and enclosed space at the water’s edge, including key elements of the development such as meeting areas and landscape features. The new Zhuhai Convention and Exhibition Complex is a key element of the development of the wider Shizimen Business District in Zhuhai. It consists of a business and exhibition cluster of 550,000m² convention centre, exhibition centre, Class A office building, two 5-star hotels, business apartments and supporting facilities split into two sites. 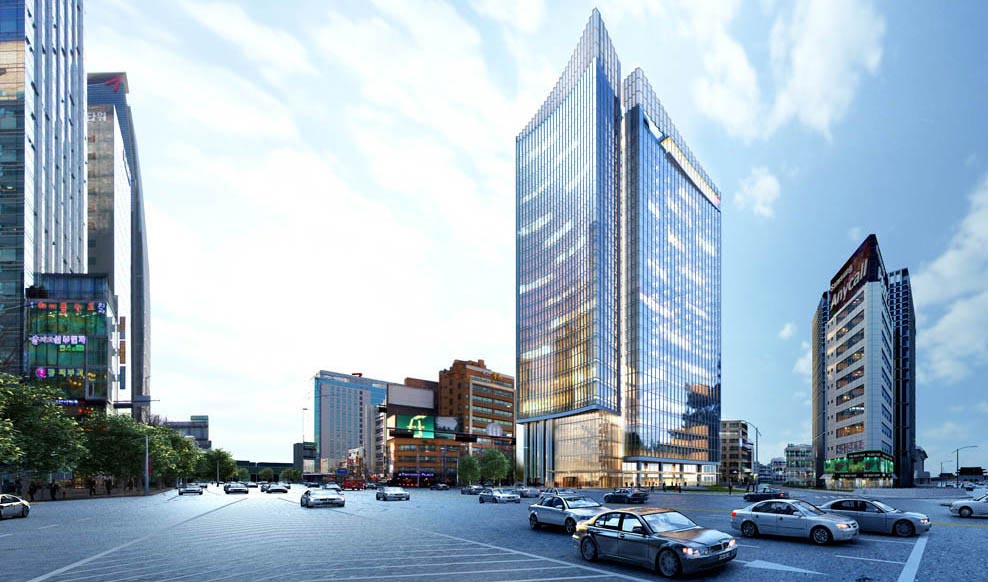 RMJM’s recently commissioned 6-star hotel development in Seoul, Korea sits in the historic downtown area and is one of the most widely discussed new projects in the capital, the very definition of exclusive hospitality design. RMJM’s design team for the hotel was largely inspired by the context of Seoul and the surrounding site. The north mountains being the palace, the city’s traditional roof curve lines and the clay roof texture among the residential buildings all fed into the design process on this development. The Sejongro Premier Hotel will house over 300 luxury rooms, a large multi-purpose convention centre (expected to attract many major international exhibitions), a variety of corporate meeting rooms and a state-of-the-art fitness centre. The hotel will be a prominent addition to the city’s skyline, which is fast becoming one of Asia’s most recognisable.