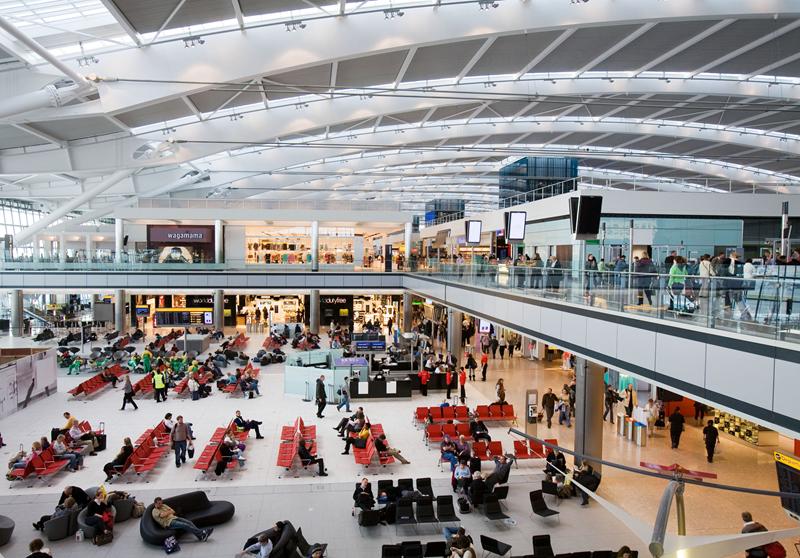 RMJM’s varied portfolio is filled with some of the most iconic buildings on the planet. And yet, if you were to ask any architect, there is undoubtedly a certain allure of working on an airport that is hard to match on other projects. To design an airport is a huge honour for any architect, and indeed any firm, as these buildings have such a prominent role in the lives of the people who use them. Airports are used to mark the start (and end) of many people’s greatest memories. They are used to bookmark countless business trips. They need to have a very specific relationship with the city or town they inhabit. And they must allow for the seamless transit of millions of people every year. The list of requirements for a modern day airport make it one of the most challenging projects an architect will ever work on. As a result, it’s easy to see why architecture firms are so keen to showcase any aviation project they have worked on. RMJM has been fortunate enough to repeatedly design some of the world’s most notable airports. Below we examine four aviation projects that have succeeded in making RMJM synonymous with airport design and which, crucially, are designed with the people passing through them firmly in mind.

Heathrow Terminal 5
One of the most discussed and decorated aviation projects in the UK, Heathrow Terminal 5 sets a benchmark for what modern airports should be. Comprising a main terminal building, two remote island satellite buildings linked by an underground railway and a number of ancillary buildings, Terminal 5 breathed new life into the UK’s biggest airport. RMJM’s appointment by British Airways encompassed briefing, operational reviews and design of the airlines’ facilities which included the transformation of check-in, business lounges incorporating the new branded ground product, a new crew report centre, and operational accommodation for 3,000 staff. Ancillary buildings for British Airways included facilities for aircraft engineering, vehicle workshops for the ground fleet, accommodation for ramp and coaching staff, and technical facilities associated with cargo and the airfield operations. The commission from BAA as an integral part of the terminal building design team extended to the preparing campus design guidelines for all elements on the site, and the design of a number of ancillary buildings in the landside and airside areas of the new terminal. Terminal 5 has been widely heralded for it’s design, efficiency and catapulting Heathrow’s status as one of the greatest airports in the world.

Inside Heathrow Terminal 5 designed by RMJM

Domodedovo Airport
RMJM’s long history in Russia continued when it was awarded the contract to design Segment 2 & 3 of the United Terminal of Domodedovo Airport in Moscow. To put the scale of the project into context, Segment 2 is twice the size of Heathrow’s Terminal 5 building and the equivalent of 114 football pitches. Situated 26 miles southeast of the centre of Moscow, Domodedovo Airport was the largest airport in both Russia and Eastern Europe in terms of number of passengers and cargo traffic when the project was announced and key to the airport’s enormous expansion was the desire to make its global network hub, connecting east to west and shortening flight times. RMJM new designs for the airport allowed for an increase of over 16.5 million passengers per year. 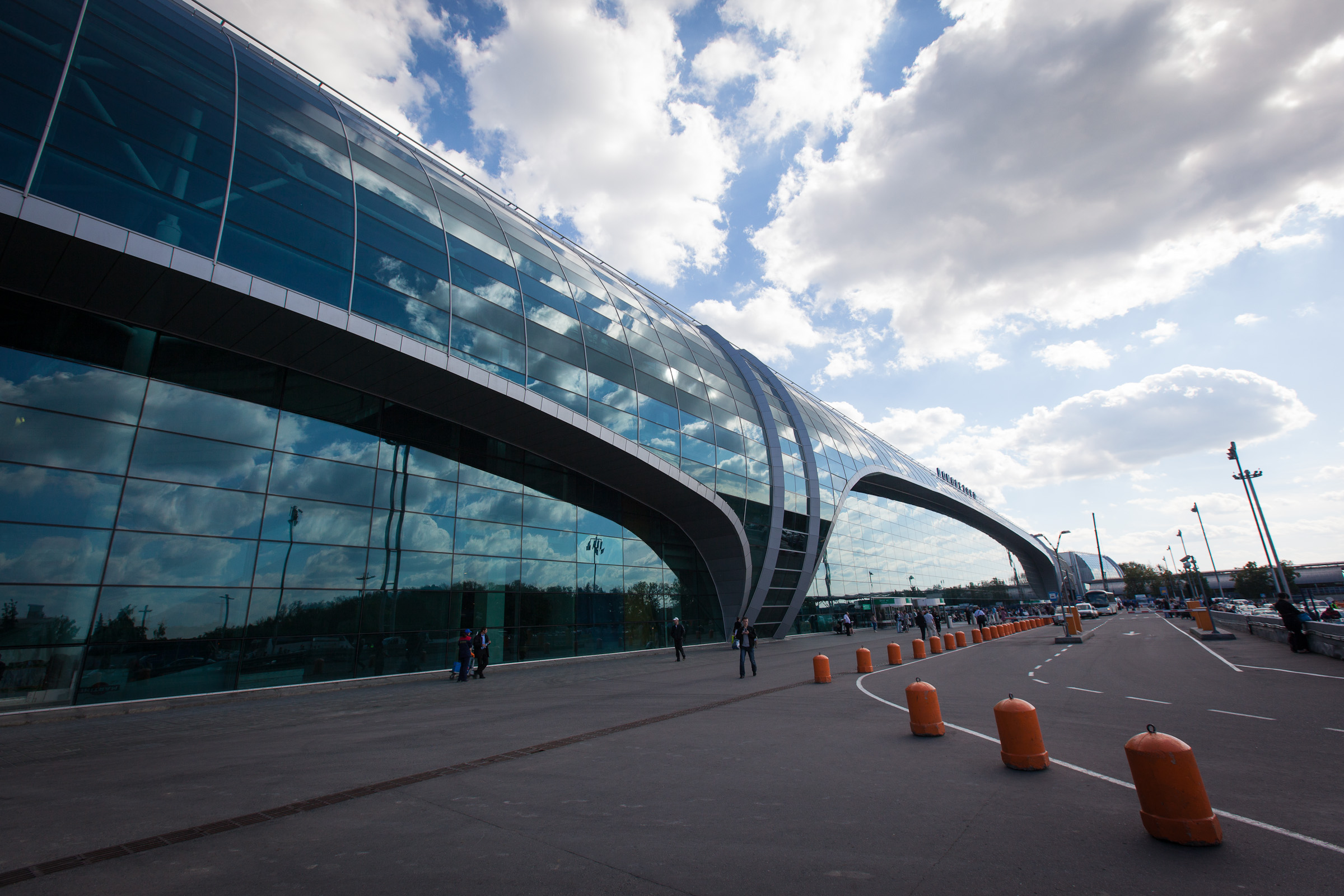 Sheremetyevo Airport
RMJM’s most recent Russian project is the Sheremetyevo Airport where they’ve been appointed to design the interior of two Inter Terminal Stations and the interior of the new Terminal B in the Northern Terminal Complex. The interior design proposals for Terminal B were met with enthusiasm for the way in which the RMJM team – led by RMJM Serbia in collaboration with RMJM Italia – sought to covey the tradition strength and progressive that are so intertwined with modern Russian culture. Several renowned Russian artists from Russian Constructivism were used as inspiration for the space which also seeks to integrate art with cutting edge technology and shape the space around the movement of the passengers to allow for a natural flow throughout Terminal B. Goran Nikolic, RMJM Serbia CEO and Lead Project Architect enthused: “An airport is a place of meeting, movements, exchanges of informations and an open door to the world. We wanted the new Terminal B to the door through which Russia can tell it’s story to the world.” The new Terminal B in Sheremetyevo Airport will be completed in time for the 2018 FIFA World Cup and will welcome the world to Russia for this historic event. 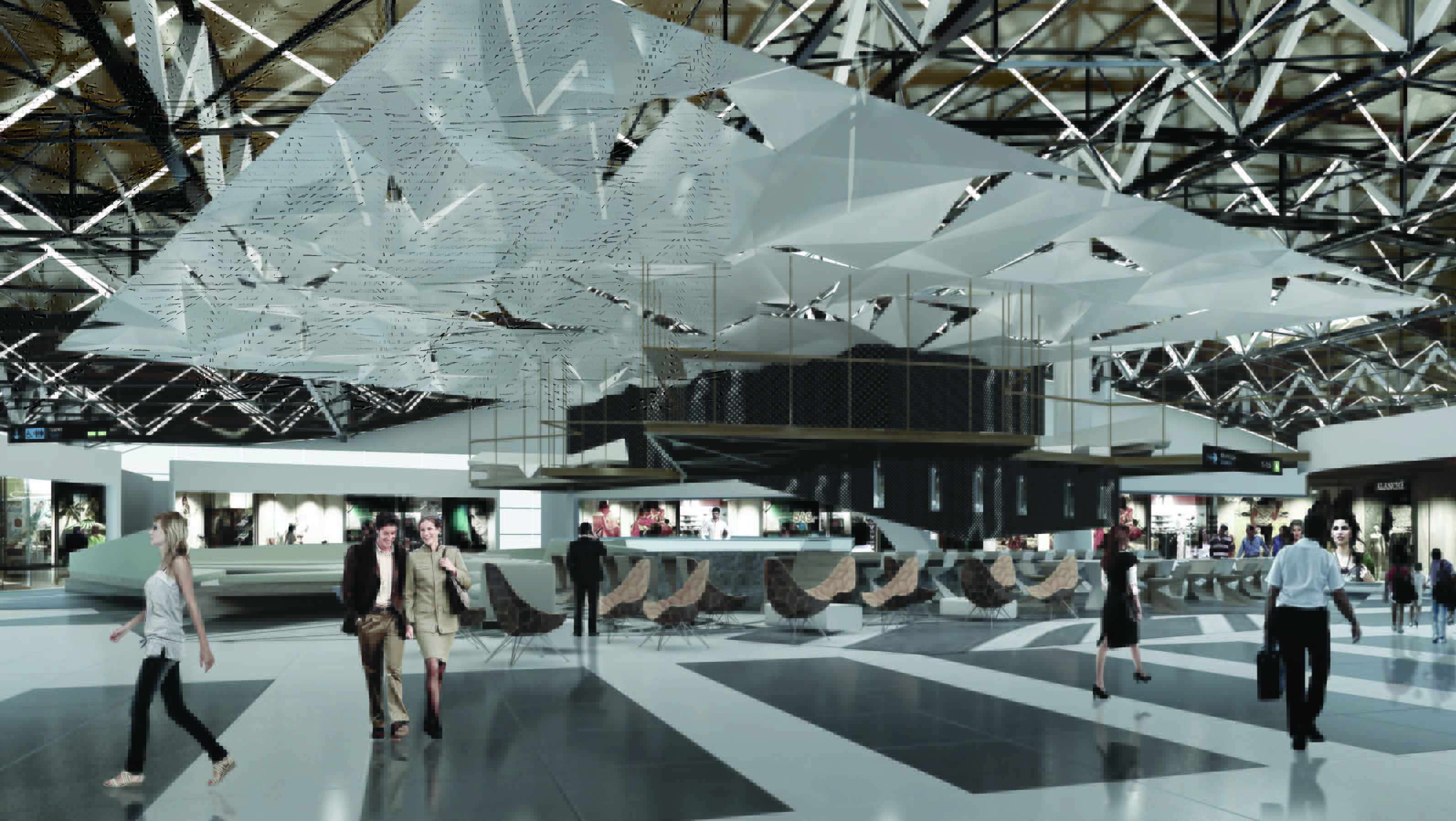 NSCB International Airport
RMJM’s award winning design for Kolkata Airport’s integrated domestic and international terminal reflects the client’s vision for a world-class terminal that integrates cutting-edge technology with unique cultural qualities. The airport features 23 gates and over 100 check-in counters capable of handling 20 million passengers each year. Kolkata’s global position permits domestic and international traffic peak to be staggered, which allowed the designers to develop a unique efficiency in switching and sharing between international and domestic gates.

RMJM worked closely with the landscape designers Strata to ensure a close relationship between the building and its landscape. Both landscape and architecture designs are an abstract reference to the writing of Rabindranath Tagore of Bengal, with symbolized scripts adorning the airport and the internal courtyards.  Sikka Associates were the executive architect in this project. In developing the building’s form and in the design of its skin, RMJM ensured the facility reached the highest international standards of sustainability. North facing roof lights and a central courtyard flood the interior with natural light. The large front window, shaded by the overhanging roof, is also a ventilated double wall removing heat generated from sunlight. The roof is designed to harvest rainwater, which is stored and reused for both irrigation and the washrooms.