By Editorial Team26th October 2021No Comments

From business models to social media platforms, nowadays, if something does not get updated constantly, it can quickly become obsolete. Technology is playing a crucial role in how we interact with and perceive our surroundings, and there is no doubt that we’re experiencing a truly unique moment in human evolution. Nonetheless, the ‘tried and true’ methods of the past certainly hold an allure for many: businesses, organisers and indeed architects – these methods breed stability and certainty for everyone involved. When it comes to architecture, we have seen how AI is covering an increasingly crucial role in shaping how architects are embracing these new methods and technologies. Now, let’s take a closer look at the role convention centres have played throughout the years, and how this role will change in the future. 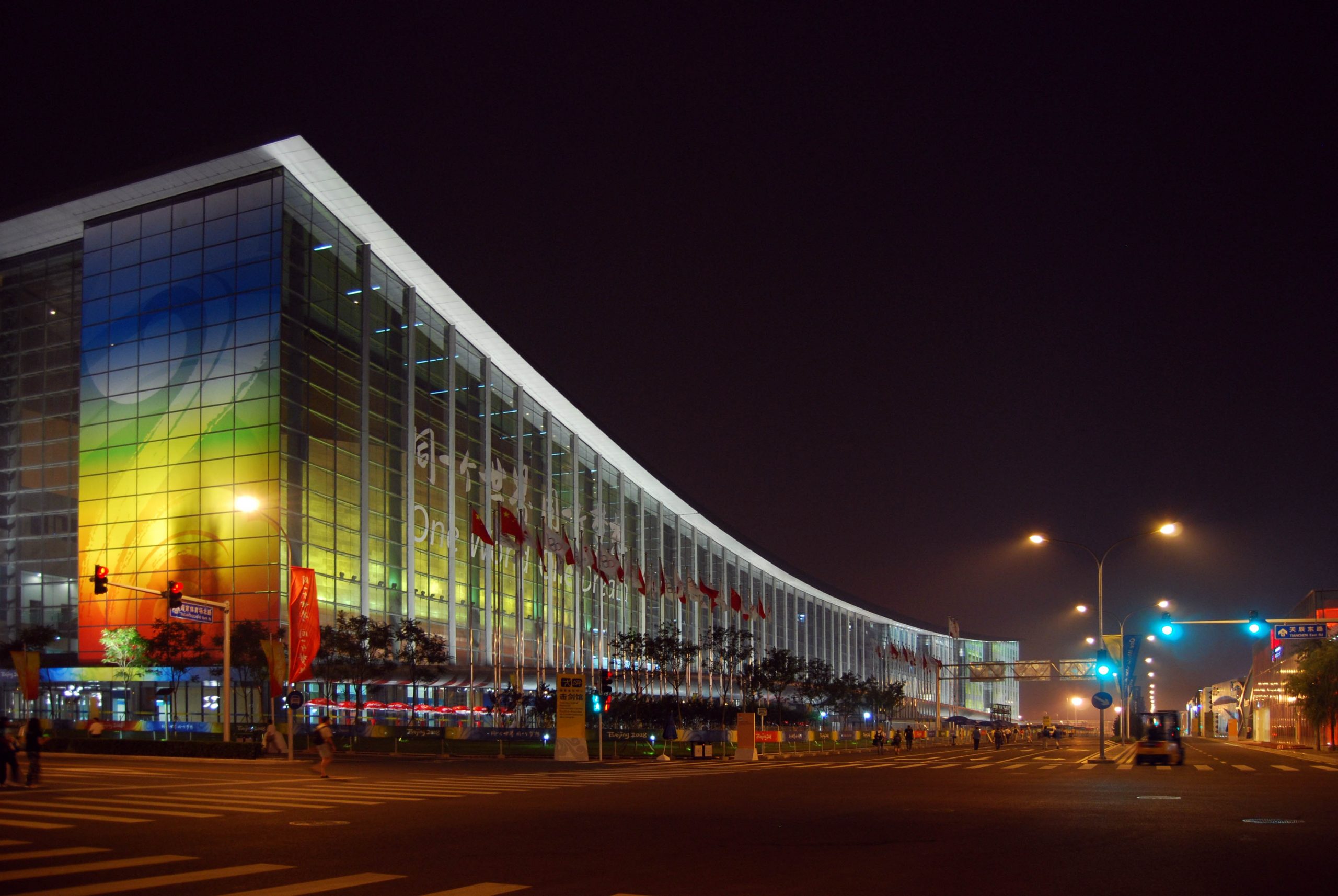 The convention centres of old were principally designed around a ‘lecture-style’ layout that encouraged little collaboration or engagement beyond audience members being asked to shout their questions a little louder or, if they were lucky, being passed a microphone. And while this has begun to change, a visit to Las Vegas (where 6 million delegates convene for conventions each year) shows it is essentially the same as it was twenty years ago barring superficial upgrades. How, then, will these spaces look in the future? How do we design spaces for activities that haven’t even been conceived yet? The arrival of E-sports, for instance, has meant that exhibition centres and now even stadiums are being redesigned for a ‘sport’ that even two years ago would have been too small to be considered niche. Versatility, then, is key but on its own, it isn’t nearly enough. When it is linked to functionality, then the story changes. The majority of buildings are designed with a single tenant in mind no matter how many people use them. A convention centre differs as its occupiers rotate daily with each demanding, specific requirement.

This was emphasised when the biggest media centre in Olympic history was transformed into the China National Convention Centre within one year. Of course, while that was always the plan, it doesn’t make the successful re-opening any less impressive. This state-of-the-art building set a new standard for convention centres and remains one of the most popular buildings in Beijing, and one of the world’s most forward-thinking cities. The China National Convention Centre scooped numerous awards upon completion and was noted for its distinctive engagement with local culture, something RMJM holds dear. RMJM’s architects believe that the best convention centres reflect their unique locations, the cultures they inhabit and the events they hold. The idea of merging practicality with emotion runs through their core. 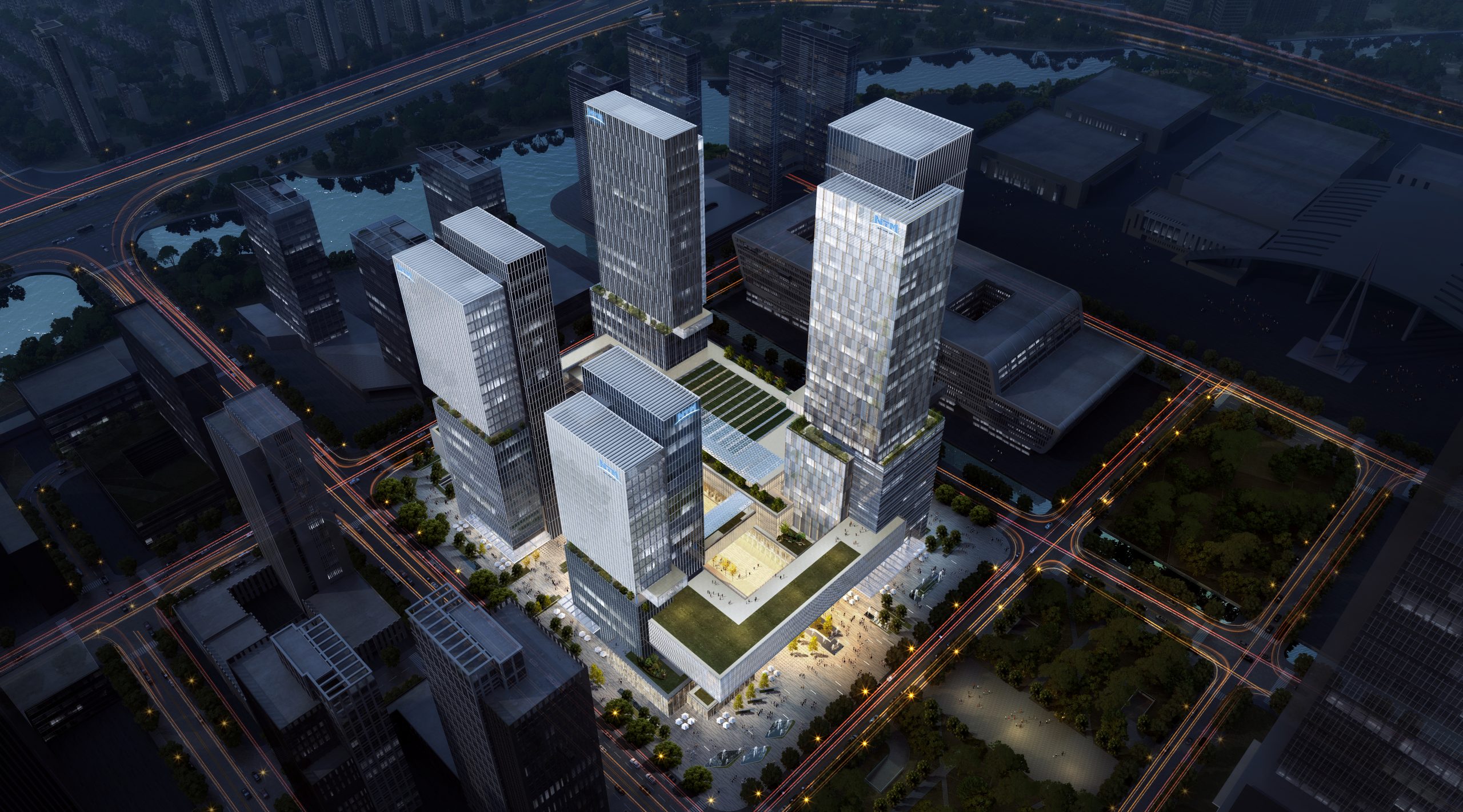 The integration of the physical and the digital has long been discussed but has truly taken hold during the past decade. Architecture has always helped in pushing technology as at its very core, it is an industry concerned with pushing boundaries. An example is the Zhuhai Shizimen Convention and Exhibition Centre. Inspired by the “city of romance” moniker of the city, and the connection of the site to the water, the centre consists of a business and exhibition cluster of 550,000m² convention centre, exhibition centre, Class A office building, two 5-star hotels, business apartments and supporting facilities split into two sites. As such it has been designed as a sensuous ribbon that wraps around both open and enclosed space at the water’s edge, including key elements of the development such as meeting areas and landscape features.

The design tools used by the team helped them to create a brand new type of convention centre, one that creates a myriad of spatial and interactive opportunities at various levels. Indeed, digital design practice is now commonplace even amongst the smallest architectural firms that use computer modelling, simulation and programming to create both virtual and physical structures. Of course, the most advanced breakthrough has already happened with the advent of 3D printing. Over the past 20 years, 3D printing has evolved from a novelty technology to a sophisticated process with seemingly endless possibilities. Jack Cheng, professor at the Hong Kong University of Science and Technology, said recently: “I think it’s real, practical technologically. It’s possible to print an entire city but, of course, it will depend on the speed. Concrete is not like plastic.”

RMJM’s Kolkata International Convention Centre is to set a new benchmark in what we’ll come to expect from convention centres in the future. The Kolkata International Convention Centre is the core of a 100-acre site on the eastern outskirts of the city. The project is one of the largest mixed-use developments to be commissioned in India. The exterior of the building features a secondary skin that acts as both an environmental filter and a giant digital screen that displays abstract cultural Bengali-inspired patterns. This 180-metre long screen also functions as a projection surface to display live events occurring within the centre itself. The main purpose hall straddles revolutionary open-air exhibition areas, each capable of holding unto 2000 delegates. Similar to the Kolkata Convention Centre, and yet generating a new kind of iconic buildings, the Ningbo International Trade and Exhibition Centre by RMJM RED. The centre will consist of 4 high-rise commercial towers, a conference centre and retail facilities integrated into a comprehensive development. The total above-ground floor area is 306,000 sqm and is composed of 26,000 sqm of Retail, 20,000 sqm of Convention Facilities, 210,000 sqm of Office space and 50,000 sqm of Business Apartments. 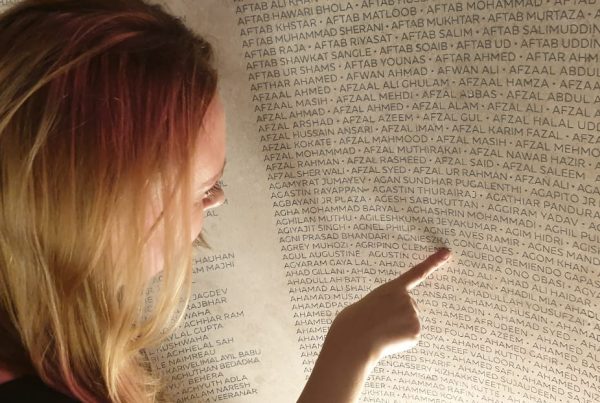 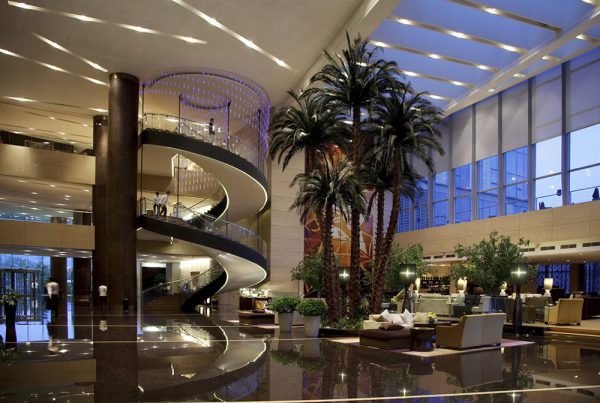 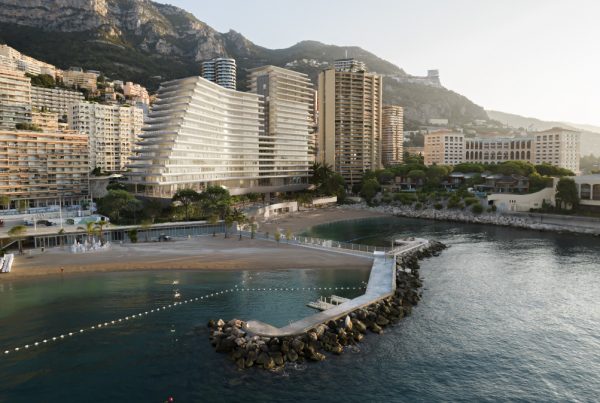