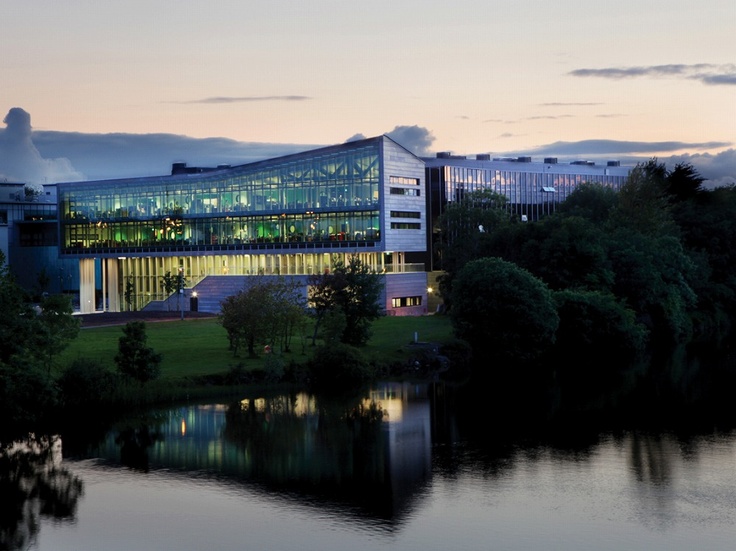 RMJM’s long and illustrious past is filled with countless high-profile award wins for some of the world’s most revered and iconic buildings. Spanning over six decades, RMJM’s designs have showcased a desire to push boundaries, to imagine the impossible. This body of work, of which the firm remains immensely proud, challenges our current architects to stretch this legacy well into the 21st century. Over the last decade RMJM has continued its tradition of delivering acclaimed projects and while some have deservedly grabbed headlines, others have quietly remained under the radar. Today, we take a closer look at some of RMJM’s award-winning projects from the last ten years and what marked them out as worthy of such acclaim.

Engineering Building, National University of Ireland
Situated in the stunning setting of Galway, RMJM’s Engineering Building at the National University of Ireland has collected no fewer than four awards with two of those praising the sustainability of the project. The 14,000 m2 building is the epitome of a holistic learning environment. The concept was originally conceived as a ‘Pavillion in the Park’ with the new Engineering Building acting as a gateway to the Northern Campus, mirroring a similar relationship of the original 1863 Qaudrangle to the South Campus. Building on the long tradition of engineering at NUI Galway, the project captures the spirit of engineering in the materials and methods of construction, challenging the students to understand the nature of the structural forces at work.

At the heart of this project, a collaborative project with Taylor Architects, was an appreciation of the natural environment and a desire to sit within it rather than disrupt it. Underlining this holistic approach was a desire to minimise the buildings carbon footprint. Natural ventilation to much of the accommodation, a bio-diverse green roof over the central courtyard, the harvesting of rainwater for use within the building and a biomass for energy generation. The building houses all five of the university’s engineering departments – Civic, Electronic, Industrial, Engineering Hydrology and Mechanical & Biomedical Engineering. Winner of a CMG Building and Design Award (School & Educational Building Project of the Year) and a RIAI Public Choice Award, the Engineering Building clearly struck a chord with those who encountered it shortly after completion.

Commonwealth Games Athletes’ Village
One of RMJM’s most high-profile projects in Britain this decade arrived when they were commissioned to provide accommodation for athletes during the 2014 Commonwealth Games. Transforming an unused 38 hectare site in the East End of Glasgow the area became a haven for athletes during the rigours of competition before finding itself as a sought-after riverside residential area in Scotland’s biggest city. Unsurprisingly, at the heart of the design solution was the legacy of the project; how would the site develop after the commonwealth games. An International Zone was established with a range of temporary buildings including an entertainment complex, conference rooms, media facilities and a security management centre. RMJM’s expertise in this area, coupled with its passion for sustainability has seen RMJM Sport become a go-to studio for those seeking a solution to projects which require more than one use.

With 700 homes and related accommodation for up to 8,000 athletes and officials, the project was an enormous undertaking and one that would provide the city of Glasgow with an enduring asset. The accommodation provided as a result of the Commonwealth Games was one of several projects praised for helping transform the image of Glasgow, a city synonymous with high-rise residential accommodation not known for being easy on the eye. Comprising a mix of private and social properties (as well as a care home), the dwellings were created to encourage a mix of occupancy types within the area. The concept also maximised the proximity of the site to the River Clyde and incorporated a high level of green space, amenity land and water features within the site. The village was also designed to be car-free with only electric vehicles allowed on site, further encouraging sustainability. In 2013 it was recognised with as the Best Green Initiative at the Home for Scotland Awards. 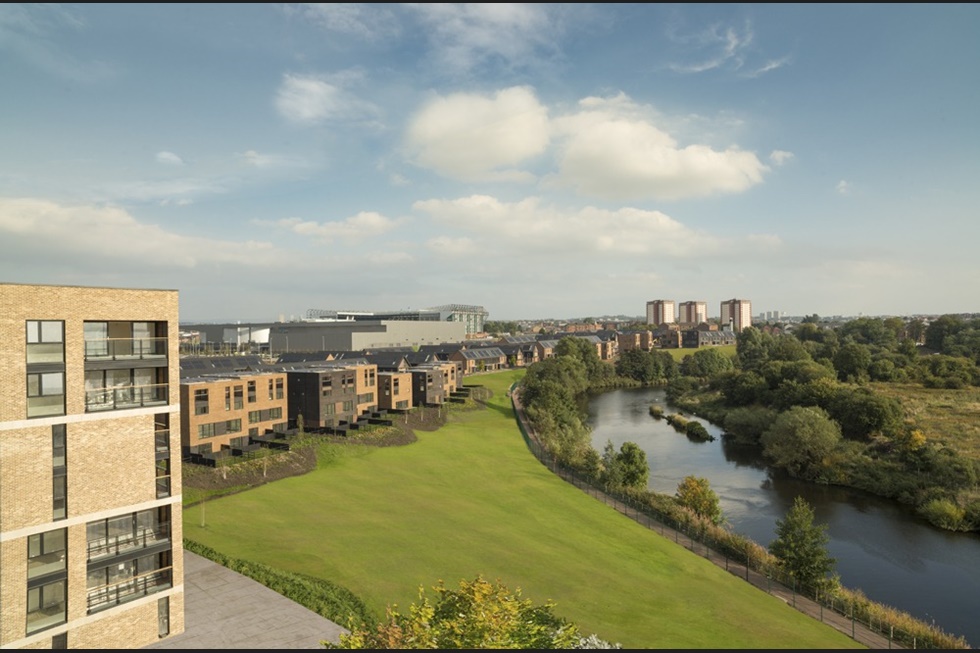 Varyap Meridian
In 2010 the Varyap Meridian was given the enormous honour of being names the World’s Best Architectural Project at the International Property Awards. Such acclaim seemed fitting as there a few buildings in the world that strike the visitor quite like this iconic building. RMJM’s original vision was to create an iconic, innovative and sustainable design that responds to the complex topography of the the site. By all accounts, it’s fair to say they succeeded.

The arresting design captures Istanbul’s culture and heritage, incorporating a spectral tiled facade that ranges rom terra cotta to blue to white. It also optimises panoramic views of the city while simultaneously minimising solar heat gain to the buildings. However, the Varyap Meridian is more than its striking exterior.  Designed to serve around 20,00 people, the 59-storey tower is home to 1,500 residential unites, a five-star hotel, offices and conference facilities with landscaped public areas and parking facilities. Notably, the project achieved LEED certification – the first building of its kind to do so in Turkey and was referred to as “the greenest project in Turkey.” Setting a new standard in sustainable design for Turkey, the projects includes rainwater harvesting facilities, optimised water usage and reduced energy consumption wind turbine technology, cooling water pools that enhance the external landscape and a co-generation plant capable of producing electricity. With a design able to address Istanbul’s culture, climate, architectural heritage and cosmopolitan attitude, the Varyap Meridian is a jewel in RMJM’s crown. 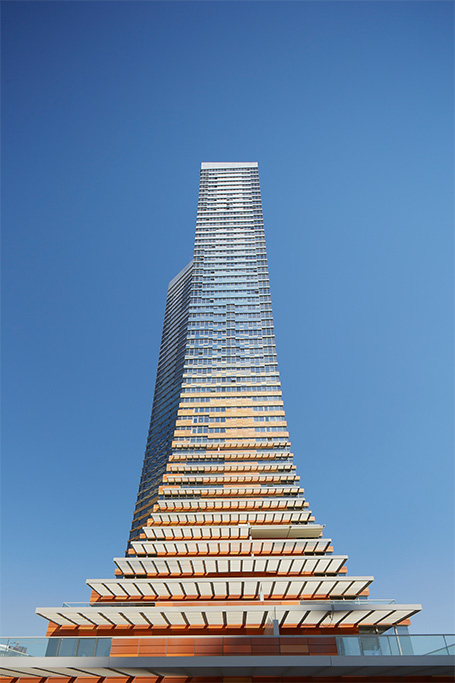